WASHINGTON — A Tesla driver killed in a March 2018 crash in California while using the Autopilot driver-assistance system had reported that on prior trips, the car had steered away from the highway, the National Transportation Safety Board (NTSB) disclosed in documents made public Tuesday.

Walter Huang, a 38-year-old Apple software engineer, was driving his Tesla Model X in Mountain View in autopilot mode at about 70 mph when it crashed into a safety barrier. The NTSB said Huang had reported issues on prior trips with Autopilot steering the wheel toward an area between a highway ramp and the lane. It is a moving violation to cross into that section of the road, known as the “gore area.”

Data from the vehicle showed that in prior trips Huang had taken corrective action after Autopilot had steered toward the area. The NTSB said in the fatal crash Huang’s hands were not detected on the steering wheel in the final six seconds before the crash. There was no evidence of braking or evasive action. 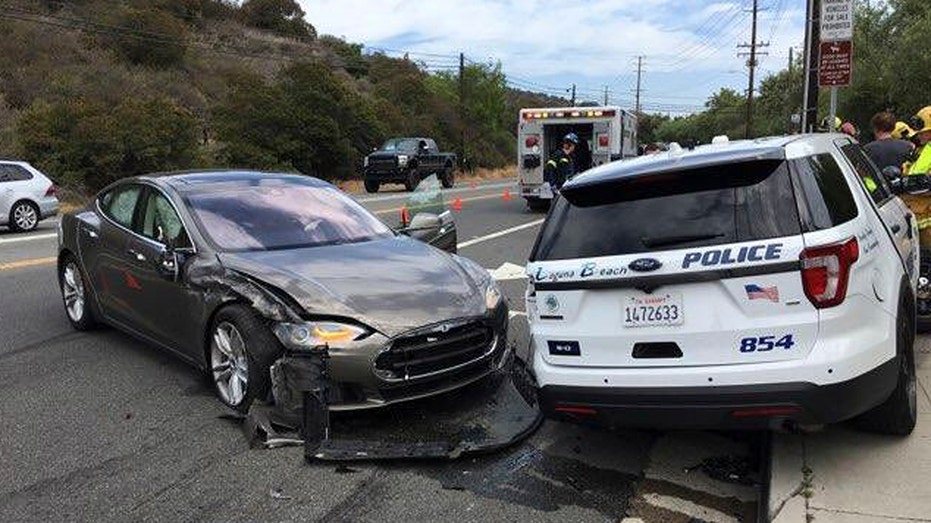 A Tesla sedan, left, in autopilot mode that crashed into a parked police cruiser Tuesday, May 29, 2018, in Laguna Beach, Calif. (Laguna Beach Police Department via AP)

The NTSB, which also found evidence that the driver was using a smartphone during the trip, plans a Feb. 25 hearing to determine the probable cause of the crash. Tesla did not immediately comment.

Tesla drivers say they are able to avoid holding the steering wheel for extended periods while using Autopilot, but the company advises drivers to keep their hands on the wheel and pay attention while using the system.

During the final 18-minute Autopilot segment of the trip, the system did not detect his hands on the wheel about one-third of the time and the system issued two visual alerts for hands-off driving operation and one auditory alert. 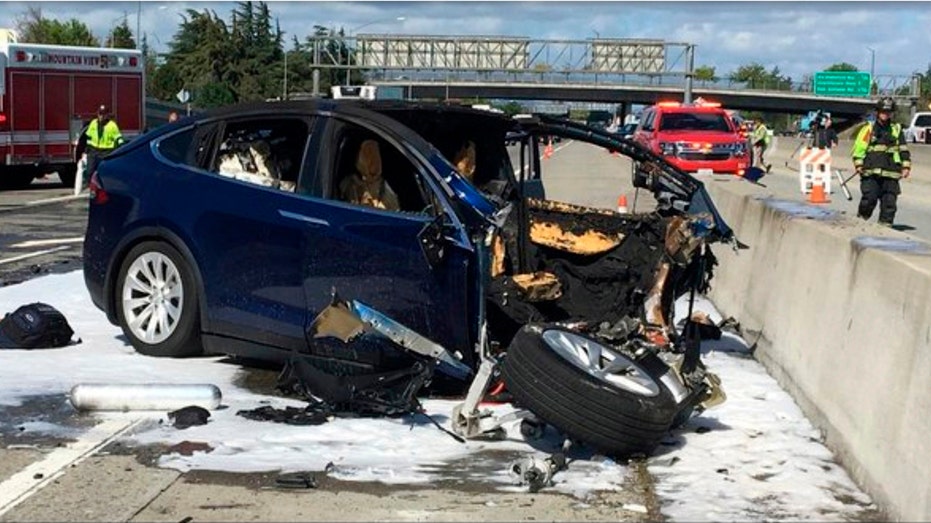 Emergency personnel work a the scene where a Tesla electric SUV crashed into a barrier on U.S. Highway 101 in Mountain View, Calif. (KTVU via AP)

The NTSB said Huang had been using an Apple-owned iPhone during his trip and records show evidence of data transmissions.

GET FOX BUSINESS ON THE GO BY CLICKING HERE

The NTSB said “most players have both hands on the phone to support the device and manipulate game actions” but added the log data “does not provide enough information to ascertain whether the Tesla driver was holding the phone or how interactive he was with the game at the time of the crash.” 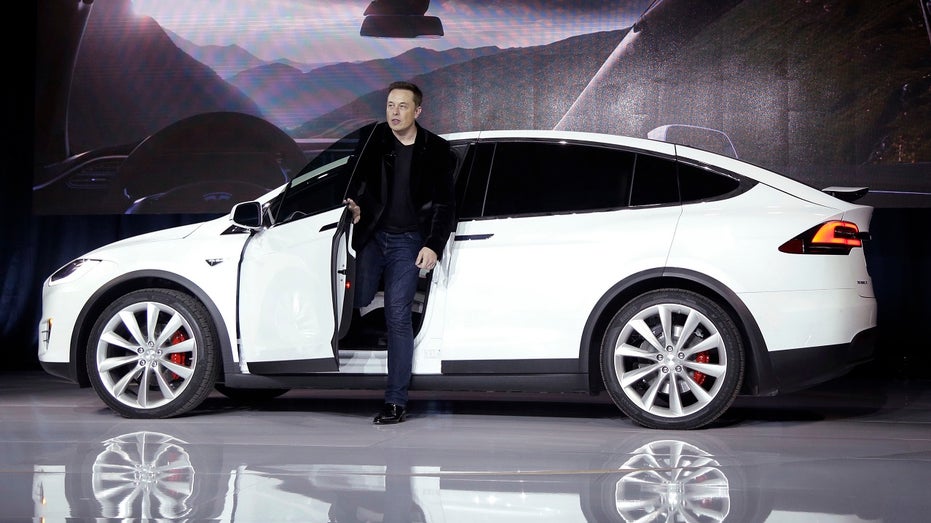 The NTSB, which previously criticized Tesla’s driver assistance system Autopilot after a 2016 fatal crash in Florida, said in September the system’s design permitted a “driver to disengage from the driving task” in an earlier California crash.

The NTSB also released documents in its probe into a third Tesla Autopilot fatal crash in March 2019 in Delray Beach, Florida that showed no evidence the driver’s hands were the steering wheel in the final 8 seconds. The Tesla Model 3 driver failed to react before striking a semi-truck, the NTSB said.