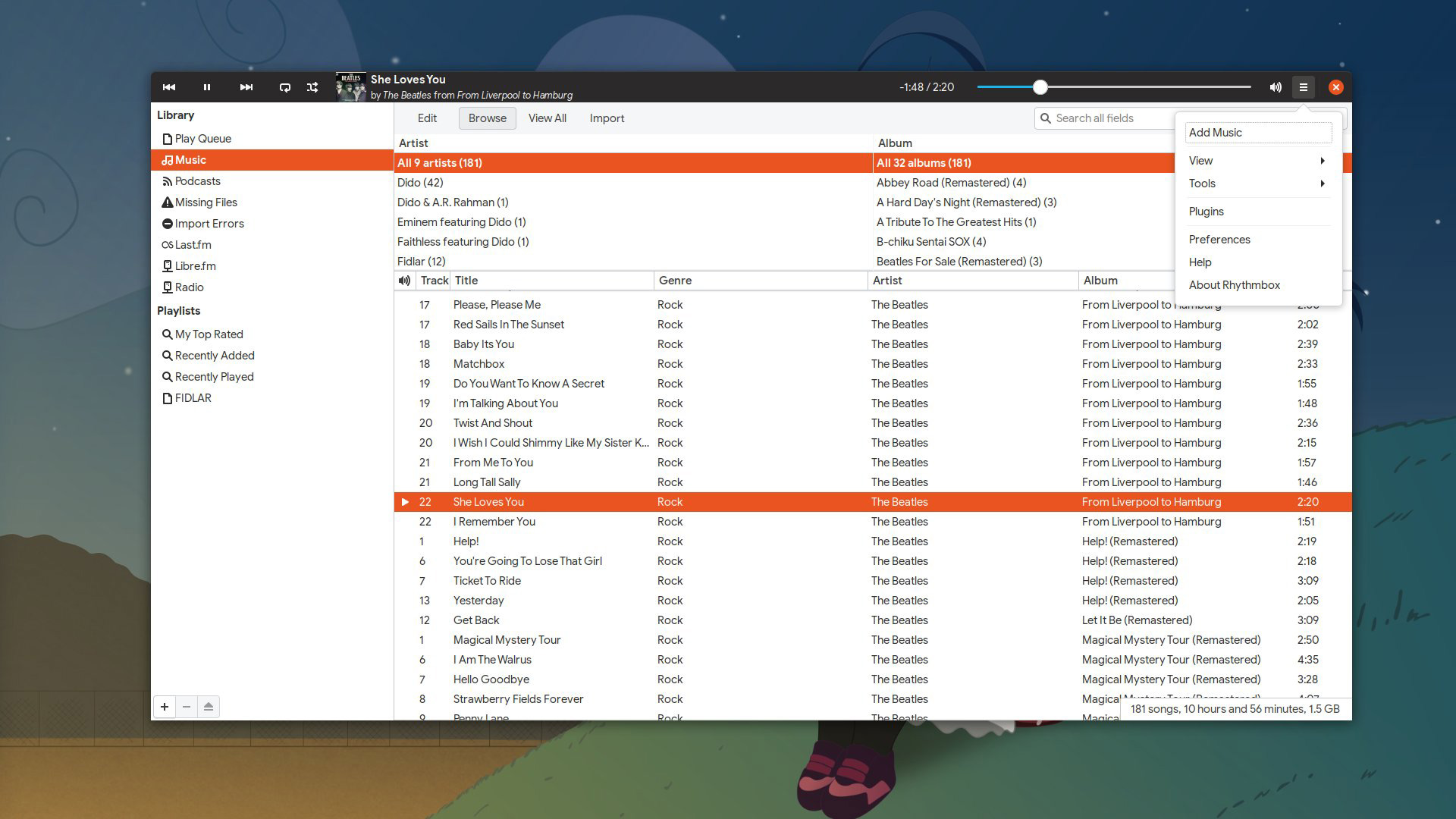 Rhythmbox 3.4.4 is a small update to this venerable player and was released back in January (but I’ve only just heard about it).

As Rhythmbox is no longer the default GNOME music player (a role now filled by the rather anaemic GNOME Music app) this player hasn’t seen much major development for some time.

But it’s not abandoned, as this update, the fourth bug fix update in the 3.4.x series, shows.

Of these the ListenBrainz plugin provides native integration with the service of the same name, which is open source alternative the ‘audio scrobbler’ project made popular with Last.fm.

While the new Rhythmbox icon (floating right somewhere on this page) better matches the the new GNOME icon style, with a flatter, simpler design with 3D perceptive ‘chin’.

Source code for Rhythmbox 3.4.4 is available to download now direct from GNOME servers.

If you prefer pre-built packages then Flathub offers the very latest build for compatible Linux distributions: