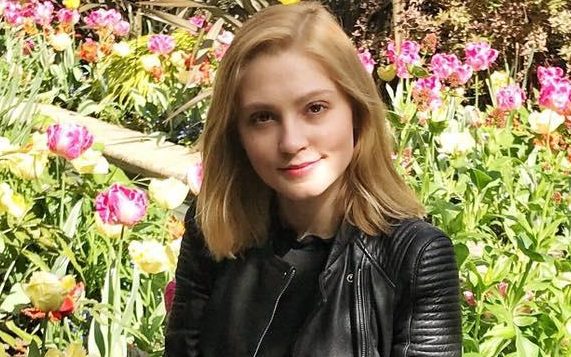 An Oxford medical student “too bright” to be given a prison sentence has been allowed to walk free from court – despite the judge acknowledging that she broke her bail conditions.

Lavinia Woodward, 24, who stabbed her Cambridge University boyfriend in the leg with a bread knife, was spared jail yesterday as she was commended for her “strong and unwavering determination” to address her drug addiction.

As she left the courtroom, Woodward was seen mouthing the words “thank you” to the judge as she was ushered out of the dock in tears by her family.

The decision was last night criticised by criminal justice campaigners, who said that the lenient ruling would deter men who had fallen victim to domestic abuse from coming forward.

It comes four months after Judge Ian Pringle QC described Woodward, an aspiring heart surgeon, as an “extraordinarily able young lady”, whose talents meant that a prison sentence would be “too severe”.

Standing trial in May, Woodward pleaded guilty to unlawful wounding, after she punched and stabbed Cambridge student Thomas Fairclough whilst under the influence of alcohol and drugs.

The court had heard that she had attacked Mr Fairclough, who she had met on the dating app Tinder, when she discovered that he had contacted her mother when he realised she had been drinking.

Enraged, she was said to have thrown a laptop at him before stabbing him with a knife, also injuring two of his fingers. Woodward then tried to stab herself with the knife before he managed to disarm and restrain her.

However, Judge Pringle told the court that he would take an “exceptional course” and defer sentence, hinting that she would be spared prison so as not to damage her chances of becoming a surgeon.

Whilst awaiting sentence, Woodward then returned home to her mother’s villa in Milan, during which time she was seen shopping at fashion outlets whilst carrying a designer Chanel bag.

Resuming proceedings at Oxford Crown Court yesterday afternoon, Judge Pringle said that there had been “many, many mitigating features” in the case as he handed Woodward a 10-month jail sentence suspended for 18 months.

His comments followed pleas by Woodward’s legal counsel, James Sturman QC, that she be given a conditional discharge due to her “unique vulnerability, remorse and good character”.

The court also heard that Woodward had been fired from a new job at a shop in London 48 hours after being hired, when she was recognised by a customer.

Mr Sturman said that her notoriety was such that “she can’t even go to a nightclub in London, she’s so recognisable”. He added that she had undergone a “sea change” since staving off drugs and was now a “different woman”.

And despite breaching her bail conditions by texting her victim, Woodward was praised by Judge Pringle for confessing her “guilt” and “deep sorrow” for her actions.

“Although it was against your bail conditions, you contacted your partner to fully confess your guilt and your deep sorrow for what happened,” he continued.

“There are many, many mitigating features in your case. You have no previous convictions of any nature whatsoever. I find that you were genuinely remorseful following this event.

“You had an immaturity about you which was not commensurate for someone of your age. Reports from the experts make clear you suffer from an emotionally unstable personality disorder, a severe eating disorder and alcohol drug dependence.

“Most significantly, you have demonstrated over the last nine months that you are determined to rid yourself of your addiction and have undergone extensive treatment and counselling.

“You have demonstrated to me a strong, unwavering determination to do so despite enormous pressure under which you were put.”

However, the ruling is likely to reignite the row provoked by Judge Pringle’s earlier comments in the case, with race and equality activists last night claiming that Woodward’s class and social standing may have played a part in her sentence.

John Azah, chief executive of the Kingston Race and Inequalities Council said: “I always struggle with how the services legislate justice when it comes to Black Minority and Ethnic (BME) and white people.

“If she wasn’t Oxford-educated, if she came from a deprived area, I don’t think she would have got the same sentence and been allowed to walk free.”

Echoing his comments, Mark Brooks, chair of the charity Mankind Initiative, said: “In terms of whether the genders were reversed, we would expect any man committing this type of crime to go to prison and rightly so.”

Last night the Dean of Christ Church, the Very Revd Professor Martyn Percy said it remained uncertain as to whether Woodward would be allowed to return to complete her studies.

“We are concerned for the welfare of all our students, and it is clearly a matter of regret and sadness when any young person blights a promising career by committing a crime,” he continued.

“Ms Woodward is not currently studying at Oxford, having voluntarily suspended her medical studies.

“The question of her future will now be decided by the university, which has procedures in place when a student is the subject of a criminal conviction.”

However, her legal representative Mr Sturman said that Woodward’s fears of being recognised on returning to Oxford had forced her to consider pursuing a PhD or research role abroad. He added that her reluctance to return was a “tragedy”.

2020-02-14
Previous Post: Does it Work? Risks, Safety Tips
Next Post: ‘Human Computer Interaction and the potential for error in signalling systems’ — the University of Bath’s research portal