Dutchmen arrested for trespassing near Area 51 with drone & camera equipment, because … aliens 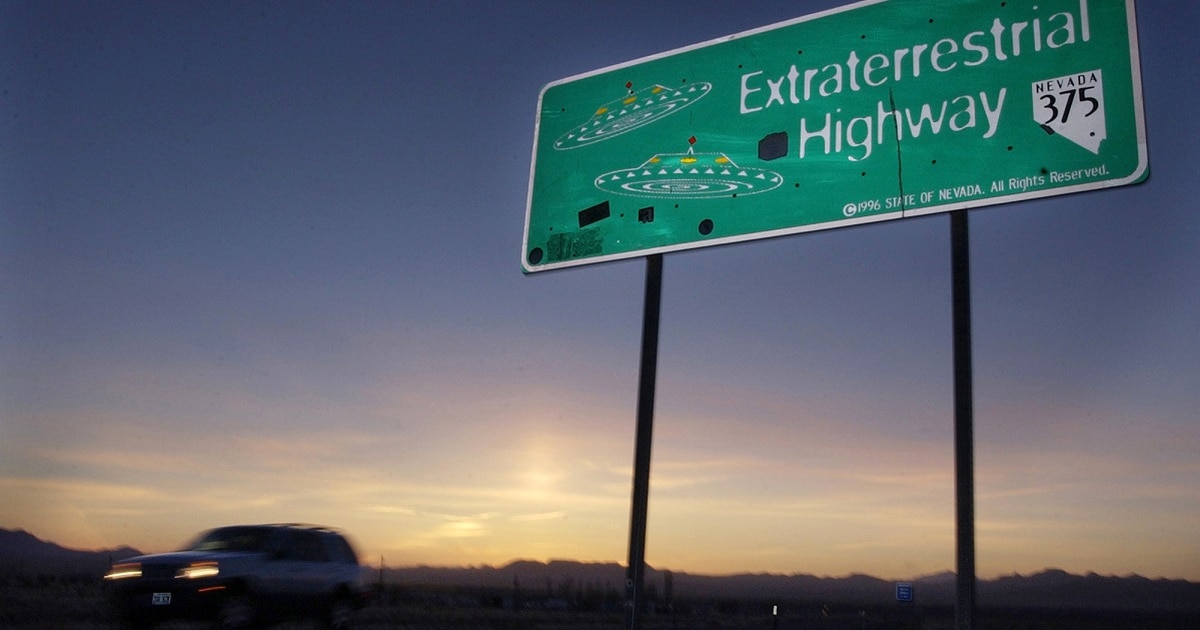 Just when interest in the proposed storm Area 51 hullabaloo appeared to be waning, a couple of Dutchmen had to go and ignite intrigue all over again.

Ties Granzier, 21, and the penta-named Govert Charles Wilhelmus Jacob Sweep, 20, were arrested last week on suspicion of trespassing after entering the region to record video of the top secret Nevada military base, which conspiracy theorists believe harbors UFOs and extraterrestrials.

Granzier and Sweep were taken into custody after their car was found inside the security perimeter. The two disregarded a number of “No Trespassing” signs along the way, the sheriff’s office said.

Authorities found camera equipment, a computer and a drone inside the car, but could not locate common sense anywhere.

The two men told Nye County sheriff’s deputies they were planning to attend events connected with the now-cancelled “Storm Area 51” event on Sept. 20.

The event, which quickly became a viral phenomenon and featured the tagline, “They Can’t Stop All of Us,” was intended to uncover evidence of aliens in the military’s possession.

But the mass assault plan quickly devolved into “Alienstock,” an arts and music festival that was to take place in Rachel, Nevada, near the Area 51 site, inevitably attracting hippie drum circles the world over.

Sign up for the Air Force Times Daily News Roundup

By giving us your email, you are opting in to the Air Force Times Daily News Roundup.

Perhaps it was the “lack of infrastructure, poor planning, risk management and blatant disregard for the safety of the expected 10,000+ Alienstock attendees” that prompted event-creator Matty Roberts to put the kibosh on it, or maybe it was the terrifying thought of that many unemployed people with infinite time on their hands gathering in one place.

Small towns simply do not have the ability to prepare for a human tsunami of “no worries.”

“We foresee a possible humanitarian disaster in the works, and we can’t participate in any capacity at this point,” Alienstock’s website says.

“We just don’t want anyone to get injured or stuck in the middle of the desert.”

Whatever the case may be, the base appears to be in the clear, and all exercises in stupidity avoided.

Personnel near Area 51 can breathe a sigh of relief.

The Air Force has repeatedly issued warnings that wandering into the nearby Nellis Air Force Base bombing range will result in arrests. Experts agree this is a preferable alternative to being bombed into oblivion.

Though, the location is off, the alien-enthused festival still lives.

Alienstock is going down Sept. 19 after relocating to Las Vegas, which seems about right, because … Vegas.

The festival’s website currently lists the musical lineup as “classified.” Of course it is.

The two flying Dutchmen, meanwhile, were charged with misdemeanors, released on $500 bail and allowed to leave the U.S. without any additional court appearances.

Or that’s just what they want you to believe.

J.D. Simkins is a writer and editor for Military Times who was a Marine scout observer from 2004-2008. He ugly cried when the Washington Capitals won the 2018 Stanley Cup.