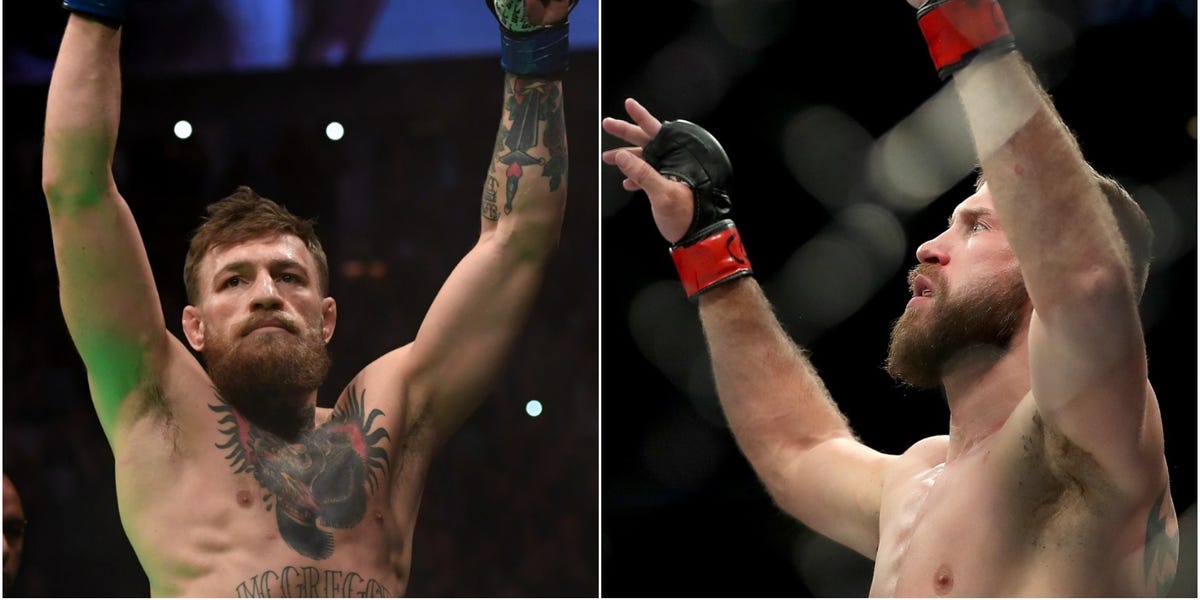 Conor McGregor’s return to the UFC is scheduled for January 18 in Las Vegas, with the Irishman scheduled to fight Donald “Cowboy” Cerrone at welterweight, according to UFC’s president, Dana White.

“Conor has signed and Cowboy is ready to go,” White told ESPN in an article Thursday.

McGregor has not won a fight since his second-round knockout over Eddie Alvarez at UFC 205 in 2016.

Since then he made approximately $100 million losing to Floyd Mayweather Jr. in a 2017 boxing match before getting dominated and then submitted by his lightweight rival Khabib Nurmagomedov in 2018.

He has not fought in 2019 and has instead been embroiled in controversies away from sport, including slapping a fan’s phone out of his hand and breaking it, appearing to punch a man in a Dublin bar, and facing allegations of sexual assault.

He has apologized for the Dublin bar incident and saw criminal charges dropped over the fan’s phone. He denies the sexual-assault allegations.

McGregor’s comeback at the UFC 246 show will be contested in the 170-pound weight class, which is a division he has fought in just twice before, losing one and then winning another in a two-fight rivalry with Nate Diaz.

Jorge Masvidal is on a tear right now.

The Floridian fighter is dubbed the “baddest motherf—er” in MMA after he beat Darren Till in London, Ben Askren with a five-second flying knee, and Diaz because of a doctor’s stoppage.

The Diaz victory earned him the inaugural “BMF” belt, and experts believe the seasoned welterweight could defend that title against McGregor in a later showdown in 2020.

The MMA Fighting reporter Damon Martin tweeted: “The end goal for Conor might be getting back to Khabib but the fact that this [the Cerrone fight] is at 170 makes me think he’s aiming for a BMF title shot with a win.”

Dan Shapiro, who has written for Fightland, The Athletic, and CNN, said: “Conor vs. Cowboy can really be great, honestly. But not super jazzed on the 170. Just makes me feel like neither guy wants to work too hard for the fight and that the winner will campaign for a BMF title shot.”

And the Twitter account for the sports podcast “Fight Disciples” said: “If Conor comes through Cowboy, he will call out Masvidal for the BMF.”