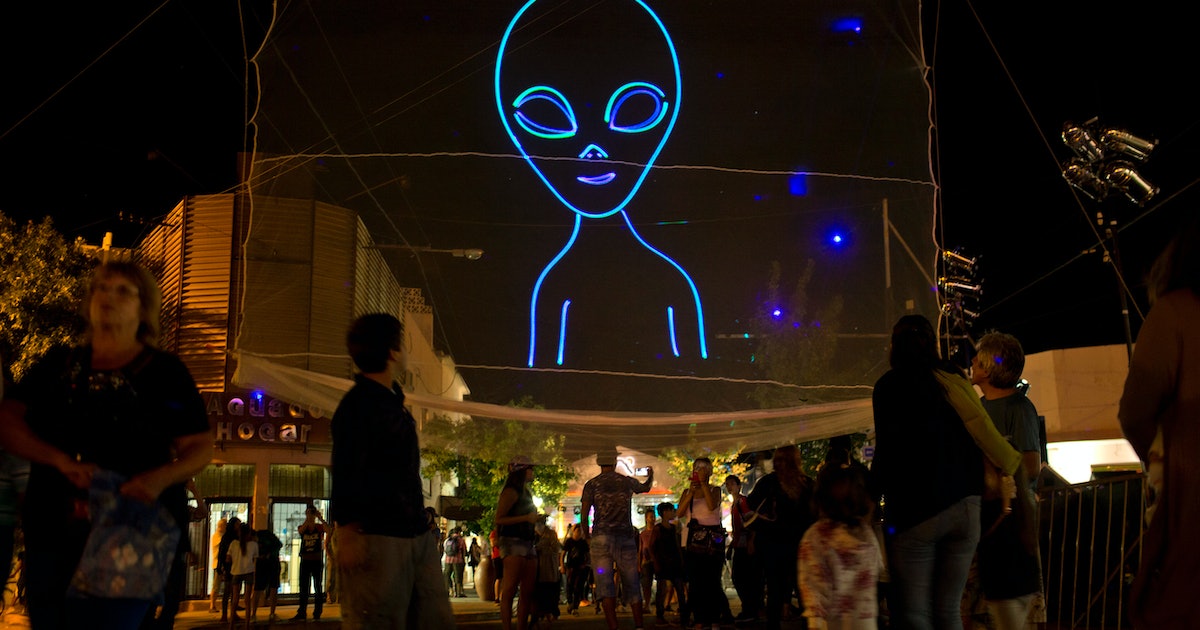 Area 51, a U.S. governmental site located in Nevada, has inspired some grand theories regarding extraterrestrial life and UFOs for decades. And recently, the head administrator of the NASA confirmed the facility exists.

“There is an Area 51. It’s not what many people think. I’ve been to a place called that but it’s a normal research and development place,” Charles Bolden, who has led NASA since 2009, said, according to the Telegraph. “I never saw any aliens or alien spacecraft or anything when I was there. I think because of the secrecy of the aeronautics research that goes on there it’s ripe for people to talk about aliens being there.”

So, the head of NASA said that there is nothing strange about Area 51. Seems like an open and shut case. However, the former astronaut very clearly said that he “never saw any aliens or alien space craft.” It would appear that he could simply not be privy to the inner workings of Area 51.

A former employee released “secret” Area 51 information. In 2014, a former scientist who claims to have worked within Area 51 named Boyd Bushman gave an interview with engineer Mark Patterson, just before he died. In the now-deleted video, Bushman claimed that he specialized in “reverse-engineering alien UFO technology for the military,” according to Tech Times. He also described the secret military base as hosting aliens, who come from the planet “Quintumnia.”

“There are two groups of aliens. They divide them into two groups,” the deceased scientist said in the interview, according to the NY Daily News. “One group are wranglers, and the others are rustlers – the ones who are stealers of cattle. The two groups act differently. The ones that are wranglers are much more friendly, and have a better relationship with us.”

While it is impossible for anyone to question Bushman now, there are claims the researcher’s interview was all a hoax.

A host of conspiracy theories: Even 2016 presidential candidate Hillary Clinton wants to get to the bottom of the Area 51 mystery. Clinton’s campaign chairman John Podesta has a strong interest in alien conspiracy theories, the Huffington Post reported.

So much of an interest, in fact, that he spoke to Clinton about it.

“He has made me personally pledge we are going to get the information out,” Clinton said, according to the Conway Daily Sun. “One way or another. Maybe we could have, like, a task force to go to Area 51.”

Podesta probably hopes to uncover the conspiracy theories that have surrounded the facility; one of the most popular being that Area 51 hides the remains of UFOs that crash-landed to Earth. Area 51 conspiracy theorists believe that scientists and researchers are recruited to the secret military base in order to reverse-engineer the extraterrestrial technology, and that the government is covering it all up. Other theories include fancier possibilities, like the creation of weather control technology, time travel and teleportation.

In 2013, the CIA confirmed the existence of Area 51, but made no mention about any grand conspiracy theories regarding aliens or UFOs, according to CNN. The released document instead confirmed that the secret military base is “a testing site for the government’s U-2 and OXCART aerial surveillance programs.”

Regardless, the idea that alien life exists beyond the stars is one that isn’t going away any time soon.

2020-02-14
Previous Post: Home for the holidays: Movies to see in theaters over winter break
Next Post: Best Web Design & Development That Improves SEO